Overview:
The Frederick Historic Sites Consortium presents the annual Master Docent Series on February 14 and 15, 2014 on the campus of Frederick Community College, 7932 Opossumtown Pike, Frederick, Maryland.  The program kicks off with free program Friday evening, “Voices of the Civil War,” and is followed by a day of workshops on history and related topics on Saturday.  While the workshop portion of the program is geared towards local museum docents, anyone who loves history is invited to participate.

A detailed description of the free Friday program, "Voices of the Civil War," is below.

Frederick, Maryland - In recognition of the 150th anniversaries of the Battle of Monocacy and Emancipation in Maryland, the Frederick Historic Sites Consortium will present “Voices of the Civil War,” a free program of music and theater at 7 p.m. on February 14, 2014.  The event will take place in the JBK Theater of Frederick Community College at 7932 Opossumtown Pike in Frederick, Maryland.  The program is suitable for all ages.  Doors open at 6:30 p.m. and early arrival is recommended. This performance is made possible in part by a grant from the Frederick Arts Council and by the support of Plamondon Hospitality Partners. 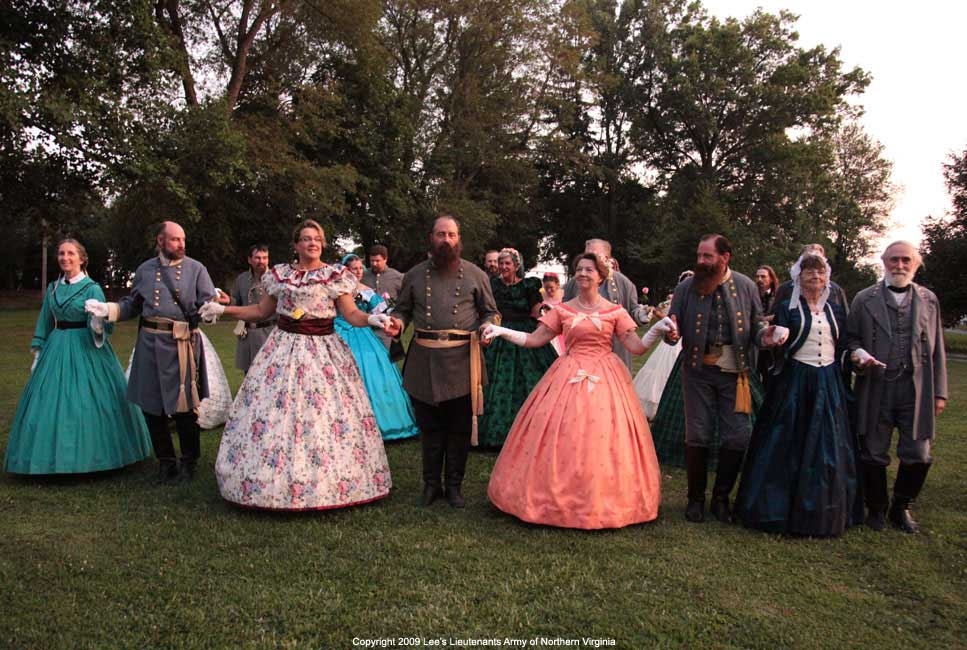 Music played an integral part of the Civil War—in the battlefields and on the home front.  In addition to the patriotic tunes, campaign songs, bugle calls, and soldier’s songs, there was the music of “folks back home” that were waiting and praying for war’s end. Back home, music played an even more important role, celebrating the ties of family, supporting a hope for better times, consoling endless sorrow, and inspiring the ideal of freedom. The music emanated from quiet parlors, and rang from plantation praise houses and country churches. It was passed from fields and farmhouses and from bloody battlefields and slave quarters. And the music and songs influenced one another, giving shape to a new, uniquely American music.

“Voices of the Civil War” blends music, dance, spoken word and theater with costumed ensembles.  This multi-disciplinary program will include selections relevant to Confederate General Jubal Earlys’ 1864 raid that included the Battle of Monocacy (the “battle that saved Washington”).  Selections will also relate thematically to Emancipation in Maryland, which did not come about with the 1863 Emancipation Proclamation because that edict applied only to “states in rebellion” of which Maryland was not one.  Emancipation was made official in Maryland with the adoption of the new State Constitution on November 1, 1864. Interestingly, Union General Lew Wallace who was in command at the Battle of Monocacy was instrumental in securing Emancipation in Maryland.  In addition to the music, actors will portray Abraham Lincoln and his secretary, John Nicolay, using primary source material from Lincoln’s writing, speeches and letters. The evening will present a unique history lesson with an engaging, interactive style. Performed by ensembles of the Maryland-based Washington Revels, the “Voices of the Civil War” program will include:

“Voices of the Civil War” is the opening program for the 2014 Master Docent Series workshops, which continue on Saturday, February 15, with additional history topics and training especially for local museum and historic site volunteers. It is also a complementary program supporting the 2014 Frederick Reads program, which features the theme of music.

ABOUT - The Master Docent Series is a program of the Frederick Historic Sites Consortium. This year’s program is co-sponsored by the Catoctin Center for Regional Studies, a collaborative effort of the National Park Service and Frederick Community College. For a copy of the Master Docent Series Workshops brochure, stop by the Frederick Visitor Center at 151 S. East Street in Frederick, Maryland.  A downloadable version is available as well.

Questions about the Master Docent Series may be directed to Elizabeth Scott Shatto, Tourism Council of Frederick County, Consortium Coordinator, at (301) 600-4042, or lshatto@fredco-md.net.